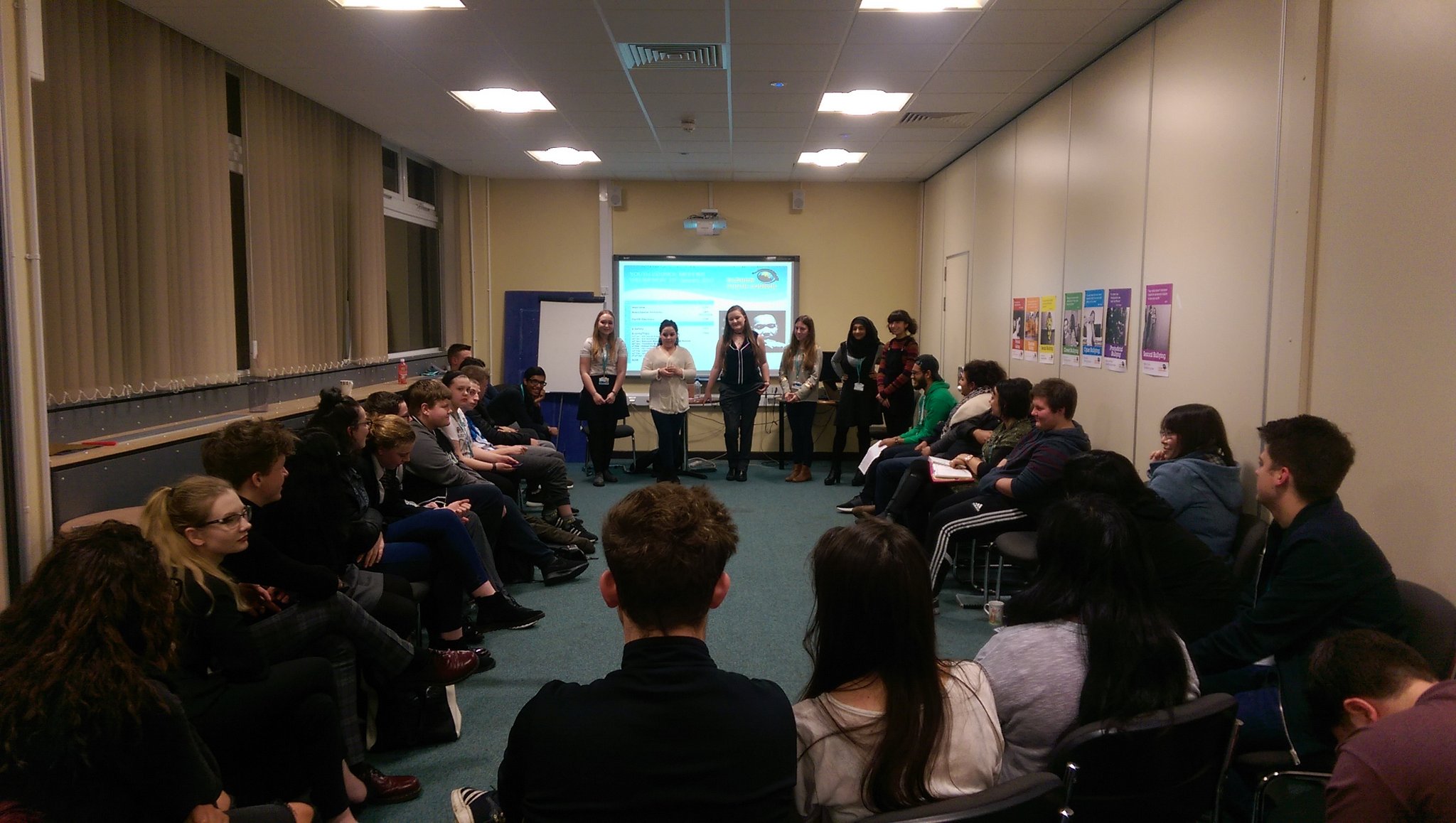 Sam talked about where she was from and what manchester histories does. She said that she came to talk about a project called hidden histories working with 5 community groups exploring a part of their history – this will go into an exhibition in Manchester and it will run from November – January. Sam said there were two elements – one of which would be the interactive displays where any aspect of history thats important to us would be displayed this could be youth council or oldham or personal family history.Resources would be needed pictures, documents, mp3s, audio etc. She said that this would be a great opportunity to showcase the youth council in oldham to the rest of greater manchester. The two elements are the community display or the radical thinking display. There will be a trip to the archives in Manchester Between February and May you would need to gather materials and after that you would gt ready to put the exhibition together. Sam asked if anybody had any questions – Marouf asked how many people would take part and sam answered with ‘as many people as you like’. Chris will note the names of those interested. The archive trips will most likely be thursday evenings. There will be an archive set up for the youth council that we can keep adding to.

The candidates gave their speeches. There was then a Q&a session. The questions asked were :  what chocolate bar reflects your personality ? which artist would you be ? who has impacted your life the most and why ? Which three words would describe how you going to learn as DMYPDeputy Member of Youth Parliament – The Deputy Member of Youth Parliament is the first year of a two year role, which allows the elected members to learn about the role and step in for the MYP when needed. To be elected as DMYP, you have to be within the age bracket of 11-18, due to this role linking in with the BYC.. How would you cope with big personalties/ opinions and represent oldham at events? what specifically will you uniquely bring to this role ?

Chris talked through the esafety powerpoint. Chris asked the youth council whether they had any training they wanted, chris then he said he will sort it.

British Youth Council – A Youth Lead organisation representing 11-18 year olds across Great Britain. Day of Action. The day of action will be in February

British Youth Council – A Youth Lead organisation representing 11-18 year olds across Great Britain. Reception – Ge and Amber will be going down to Oldham.

27th Jan- HolocaustThe Holocaust was the mass murder of six million Jews and millions of other people leading up to, and during, World War II. The killings took place in Europe between 1933 and 1945. They were organised by the German Nazi party which was led by Adolf Hitler. memorial day  Chris asked if there was people available. Those who said yes were Andrew, Amber, Connor, Nazmul

If you won’t be able to get to the polling station for the Hollinwood by-election on Thursday 17 November, someone can vote on your behalf if you apply for a proxy vote before 5pm on Wednesday 9 November. For more information on how to do this, visit http://www.oldham.gov.uk/elections