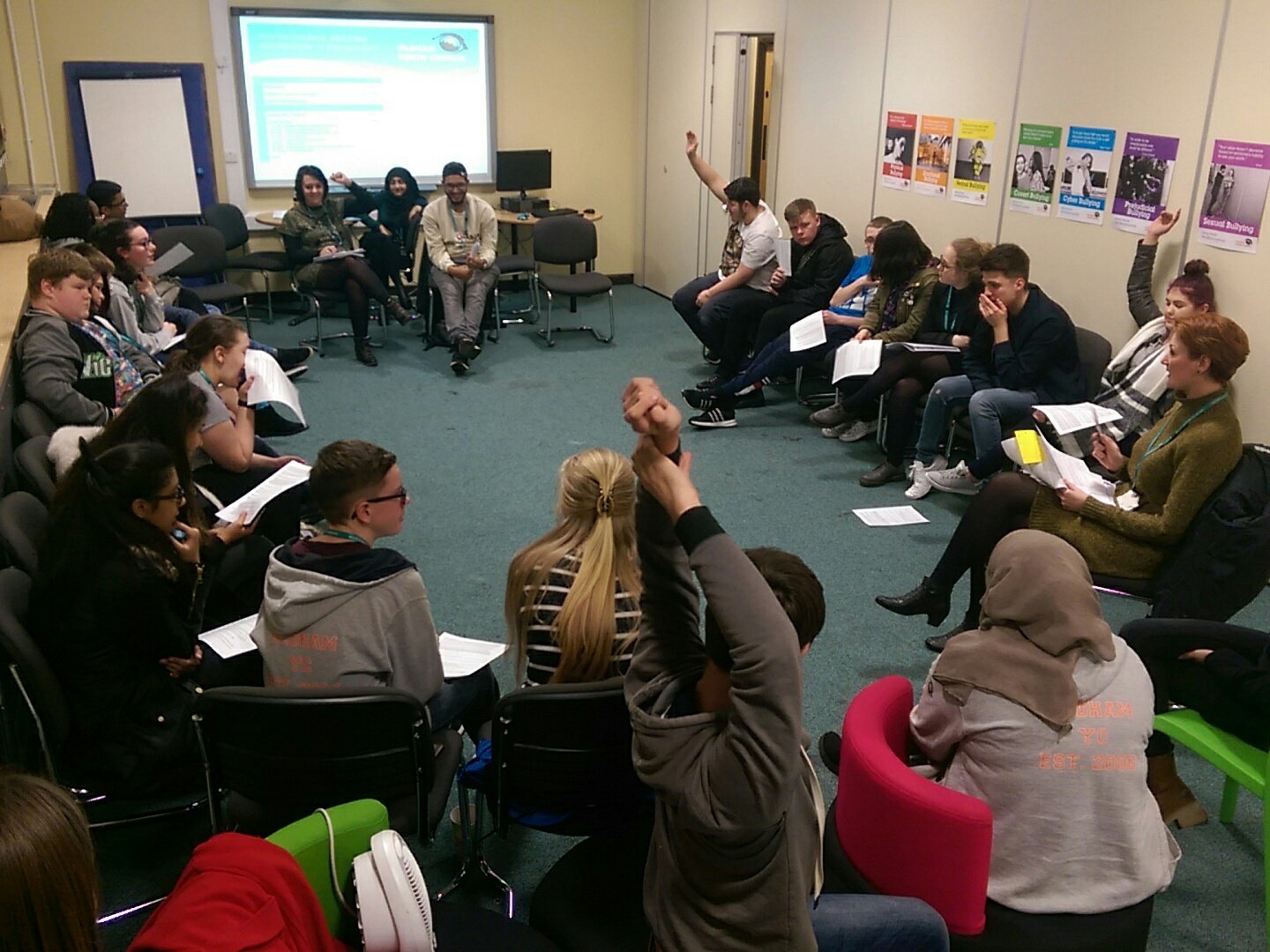 Liane Davies came in to talk to the youth council about tobacco control strategy. She told the youth council one of the areas she worked in was tobacco control. She said she wanted to talk about what she was doing, she had a document and she wanted feedback from the youth council. She said that the vision was to create a smoke free borough – people able to access stop smoking services, people no allowed to buy i not being able to buy it. She told us that she wanted to also try and prevent young people from smoking and also not just smoking on ts own but alcohol, drugs etc. Jade asked about what was being done about e-cigarettes since they are considered to be the starting point for young people. Leanne talked about the statistics around that and then asked what would be the best way to prevent young people from smoking e-cigarettes, Responses included the use of posters not actually working and social media maybe being a better tool, also it was suggested that we play on the fact that we don’t know how dangerous e-cigs are now, another solution was to look into the reasons why young people smoke in order to prevent it. Leanne then bought up the topic of shisha – It was suggested that it has now become a young asian male culture practice and definitely needs to be given consideration as a topic to discuss. Chewing Tobacco was next brought up – The response was that chewing tobacco was considered a normal cultural practice in bengali households in particular.

Liane then asked whether the Youth Council would support smoke-free places : the youth council suggested that there should be a campaign against parent smoking outside school gates both because its bad for the children in terms off second hand smoke but also because its bad role modelling . Leanne said in terms of actions we could actually take we could do the following :  the school gates was a good idea , a social media campaign and smoke-free homes would be good for oldham in particular around pregnant women. The youth council said they would help in the actions and sign a statement saying they support it and leanne would feedback to us on how the actions go and update us on other public health topics across the coming months.

We had one candidate and for this year she will automatically become this years GMYA- Jessica-Joy Consterdine. The problem is we are meant to have two representatives – This can be anyone from youth council would go to the meeting with jess the GMYA meeting as the second rep  or  the DMYPS/MYPs can go and step in as the second rep as they are already elected members. It was put to a vote and the Youth Council voted 16 for the DMYPS/MYPS to step into that second role.

Parliament have developed a pack to get young people enthused with politics.The pack is for ten people so the youth council will split into two to test the pack out.

15th feb 11-5  – creative consultationConsultation is when members of an organisation gather information/feedback from members of the public or group on a project or scheme. training

An organisation in which youth councillors from the North West meet up and work on campaigns and training. residentialA trip with an overnight stay – samah,roshni, , nayema, jess, alex eden adan steff allet liam