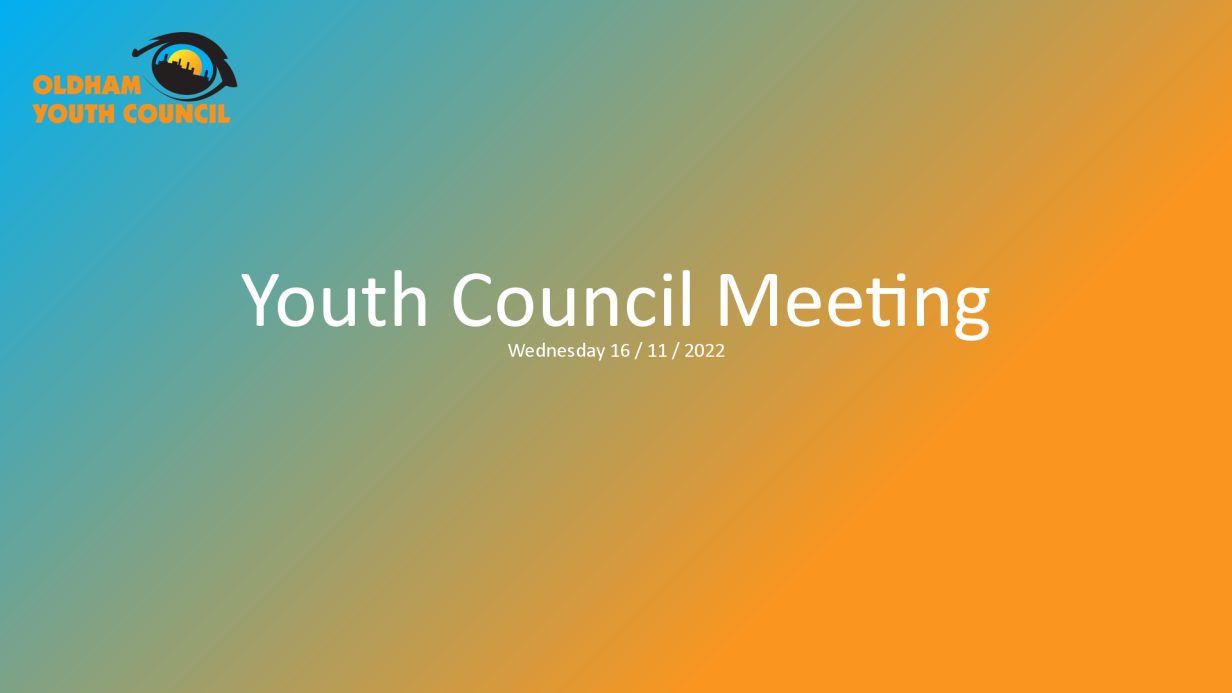 Andrew Hunt, Green Energy and Sustainability Manager at Oldham Council, joined us and presented what Oldham’s “Green New Deal” which was adopted in March 2020. This new carbon-neutrality targets, such as carbon neutral council buildings and street lighting by 2025.

This new deal will create hundreds of jobs in certain sectors. The goal of this is to deliver a sustainable economy, helping to tackle fuel poverty, whilst maintaining a local environment which delivers health and wellbeing benefits to residents. This plan will focus on Northern Roots, and supporting businesses with a sustainable approach, especially those in the “green” sector. Other approaches include a potential District Heating scheme, reclaiming heat from water in disused mineshafts to use in town centre. This is still in the process of being developed.

Emily Stevenson from South Pennines Park came in. The South Pennines Park is a self-designated national landscape (i.e. not government recognised as a national park). It is part of a partnership with private sector firms, charities communities to protect the South Pennines, which stretches between Greater Manchester, Lancashire and Yorkshire. Emily also talked about nature and restoring it, but also health and wellbeing.

South Pennine Park’s website is: https://southpenninespark.org/ (we are not liable for external links)

PAMS meetings are where we can directly meet with people in Oldham Council who deal with the issue at this hand, in this case racism & xenophobia. This PAMS meeting will happen in one of the subsequent OYC

Oldham Youth Council meetings (not confirmed date) and will be where Youth Councillors enquire these people on what they will / should do and what the issues are. Youth councillors discussed in groups what the issues in Oldham regarding racism and xenophobia are. This included discussions about racism and xenophobia in education and school (e.g. teachers seeming to be racist, ignorant, and entire curriculums being racist), problems with months (e.g. Black History Month, where people end up not being racist for a month, but then continuing as business as usual.

Like the racism and xenophobia section, we discussed in groups about the other campaign, street and sexual harassment. Some examples of issues raised included school uniforms and actual issues on the streets.
All items discussed and written on paper will be distributed again to youth councillors on the PAMS meeting, as youth councillors will base their questions on discussions and pointers on the paper.

Ying proposed a plan of a secret Santa. Those who don’t know what it is, it is where people write their names into a hat, and someone else randomly picks a name, and buys or makes a gift for that person. Youth councillors generally decided to it. Dayna will email Youth Councillors asking if they want to participate, and will then manage the randomisation. The budget will be £5 to be financially accessible.

Chris discussed about the Listen to the Earth trip, which is an international trip to Poland during the February half-term. He stated that applications were sent out to Youth Councillors via email. He also described what it would involve, e.g. walking through historical sites such as concentration camps, and exhibitions about the HolocaustThe Holocaust was the mass murder of six million Jews and millions of other people leading up to, and during, World War II. The killings took place in Europe between 1933 and 1945. They were organised by the German Nazi party which was led by Adolf Hitler.. If any youth councillors want more information, please contact Chris directly.