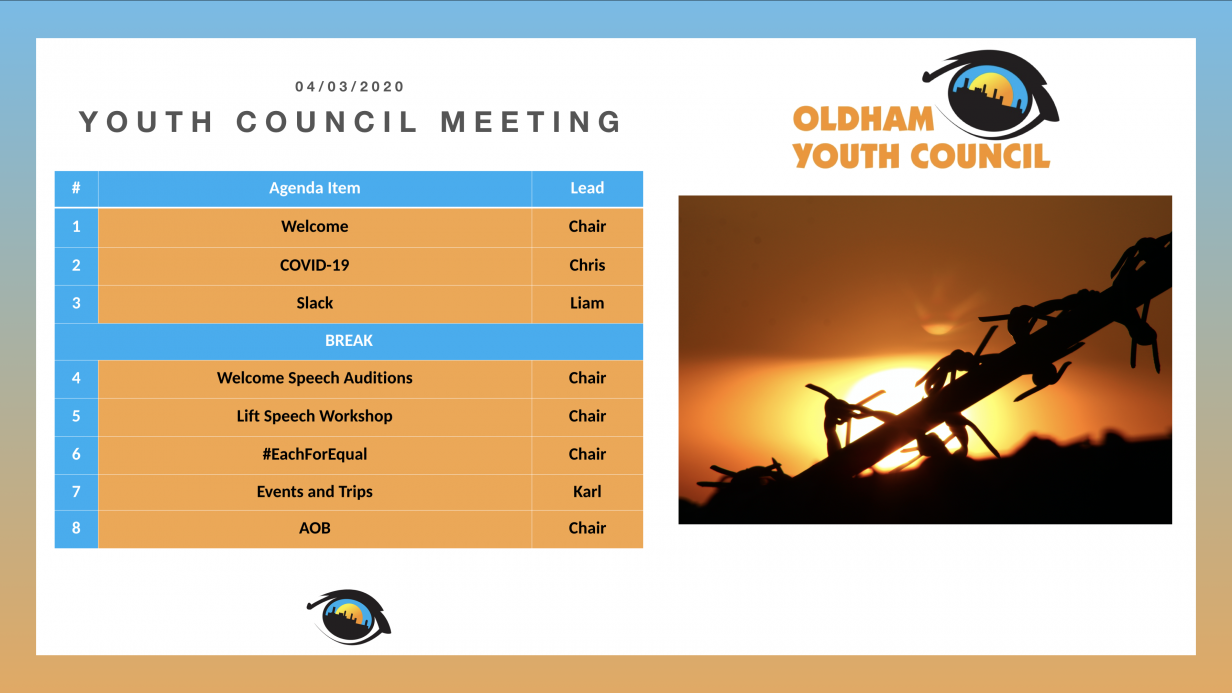 With the current situation around the world, Chris told Youth Councillors how to take care of themselves during these times. Building on information released by Public Health England, Chris also explained how the Youth Service would act if a member of the Youth Council has suspected symptoms whilst being in within a Youth Council session.

With the forever changing membership of OYC

Oldham Youth Council, we have started to look at another way of communicating with each other, as members availability on a variety of social media platforms differs from each member. In order to overcome the social media barrier, OYC

Oldham Youth Council are testing out Slack for Youth Service Communications, to hopefully test before the new term of office.

At the meeting, Youth Councillors were ask to sign into Slack, get used to the system and give any feedback on the mechanisms in place.

One staple of this meeting is to have a welcoming speech given to the Youth Councillors, to inspire them to make change whilst they are a member of OYC

Oldham Youth Council. In a previous meeting, it was asked of some Youth Councillors to rewrite The Greatest Speech dictated by Charlie Chaplin. Only one speech was returned, and after some tweaks, Youth Councillors were asked if they wanted to audition to give the speech at the meeting.

Ran by Tia H., the aim was to help Youth Councillors give a short but detailed answer on the work that OYC

Oldham Youth Council is done, preparing them incase they were asked at events.

Due to the meeting being held a few days before International Women’s Day, Youth Councillors were asked to share their inspirational woman, and pose with the #EachForEqual stance to be shared on the 8th March on OYC