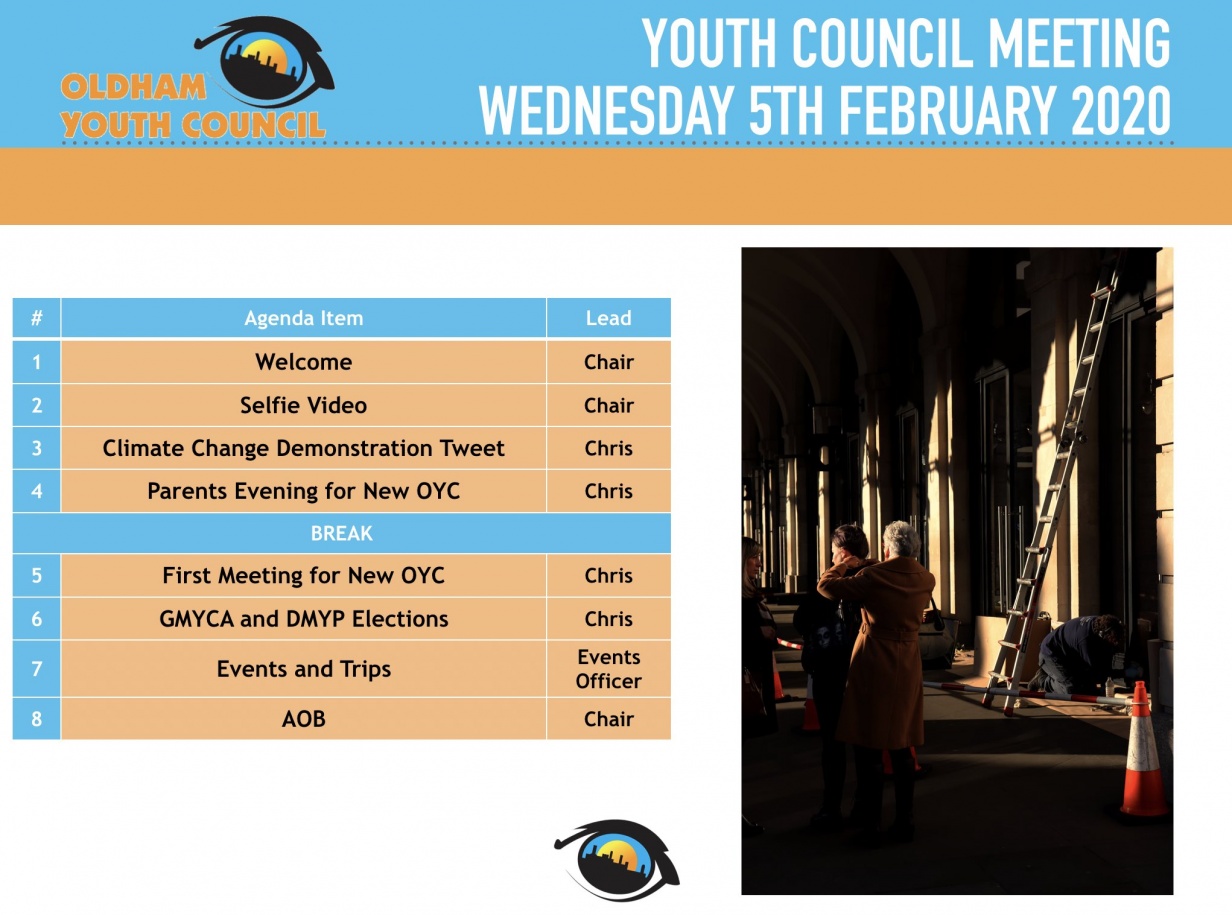 With the beginning of the Over To Youth summit just around the corner, there is a big push for social media outreach about the Climate Change Demonstration happening on the 8th February 2020. Andy Rudkin from Linc Communications, who has been working with OYC

Following on from the Selfie Video, Youth Councillors were asked to promote the upcoming Climate Change Demonstration on their social media accounts, wherever they felt comfortable doing so.

April 1st will see the new term of office for Oldham Youth Council, and our newly elected Youth Councillors being invited in for their first meeting! Discussions were started to talk about what would be best to include this first meeting, to break the ice and to start building relationships with the new cohort.

One example was the idea of rewriting the Greatest Speech dictated by Charlie Chaplin in The Dictator, which a few Youth Councillors put their hat in the ring to attempt to rewrite the speech in a way that would inspire the new cohort of Youth Councillors.

Next meeting, 19/02/20, elections will open for the two DMYPDeputy Member of Youth Parliament – The Deputy Member of Youth Parliament is the first year of a two year role, which allows the elected members to learn about the role and step in for the MYP when needed. To be elected as DMYP, you have to be within the age bracket of 11-18, due to this role linking in with the BYC. posts, and GMYCAGreater Manchester Youth Combined Authority Rep post, and Youth Councillors were notified of the position openings, the requirements before the meeting (writing a manifesto to be sent to Youth Councillors prior to the meeting and to write a speech), and had asked if any Youth Councillors were interested in going for either roles.

The GMYCAGreater Manchester Youth Combined Authority role has been opened up due to the ConstitutionA constitution is a set of rules that guides how an organisation works. The constitution says how the organisation is set up and how it works. It also states the rights of it's members. of Oldham Youth Council, Hamra H. A. has been relieved of her role as the Greater Manchester Youth Combined Authority Rep for Oldham Youth Council due to her recent succession as the Vice ChairThe Youth Councillor who runs the meeting, heads up the organisation and has the casting vote. Or something to sit on but probably the first one on our site :-) of OYC

Oldham Youth Council. Any member of the Youth Council who holds a leadership role cannot hold an officer of regional rep role.

Dates of Events and Trips coming up were given to Youth Councillors from our Events Officer Karl H.