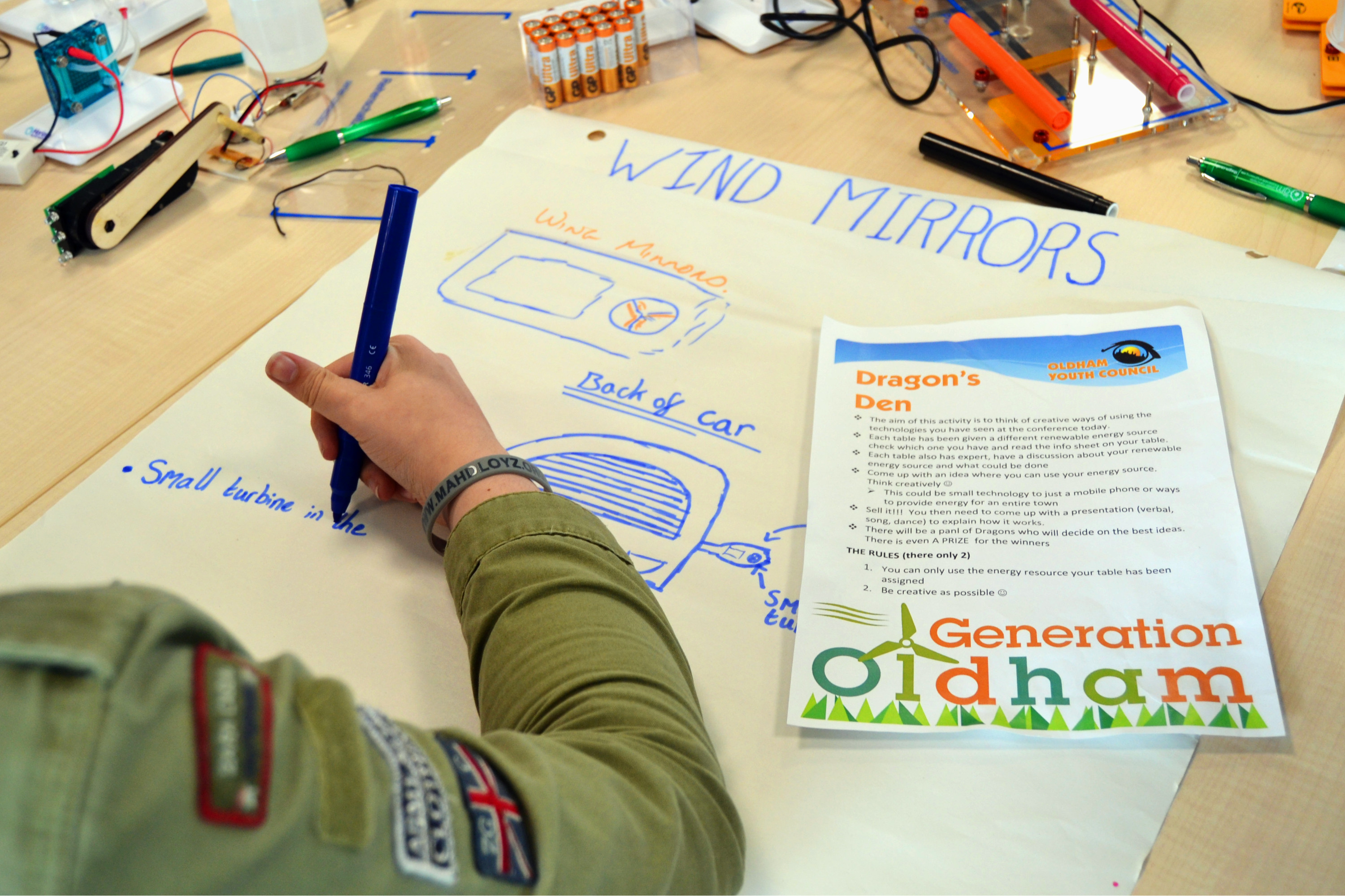 The Radclyffe school speeches. Students  from Radclyffe School had been researching make your mark

A Nationwide campaign, run by UK Youth parliament, that gathers information on what is important to the youth of the United Kingdom. in their citizenship lessons.  They were asked to write speeches about the issues most important to them and delivered their speeches to the meeting. The issues were race and religious discrimination (were they talked about what it felt like and what they could do to stop discrimination), mental health (in relation to how students feel with the stress of exams and their impact on mental heath as well as explored the relationship between social media and mental health), body image discrimination (expectations of teens to be ‘perfect’ and the impact of social media)

Jodie reminded the youth council about Sarah coming in to talk about the mental health project and asked whether anyone had been promoting it to other young people. MH2K is for 14-25 year olds and allows them to take part in  project focusing on mental health and allowing them to influence decision makers.  Click here for more details

The Children’s commissioner has a day where young people ‘take over’ – The Take Over challenge. On the 18th November , the youth council are taking over the council and will be given the opportunity to shadow those who work at the council. There will be a matching process for youth voice family and council workers. The MP’s were contacted and asked whether they would let MYP’s shadows them.( Amber Collins will be shadowing Jim McMahon). Oldham Athletic has also been contacted for opportunities to shadow coaching, the detach team, first response (the people who keep us safe and control all the CCTV in Oldham) and the fire response team.COMS will have young people with them.A letter will be sent to all schools to encourage them to take part in Take Over day.

The same week as take over week is parliament week. National week to celebrate Parliament and everything democratic. The Wednesday 16th November we are having a parliament session  with debates and information on British politics. Parliament refreshments will also be available  6:00-8:30. Stickers may also be handed out. Youth Councillors are encouraged to tweet about the day.

Jodie told the Youth Council that we have a little bit of money left in the budget £16000 (approx). We could commission Castleshaw centre and  blockbuy activities for ten days and give them to targetted groups( getting Young people outside and giving them a chance to experience these activities ) – all youth councillors were in favour. Jodie will start having the conversation with Castleshaw Centre.

The Oldham Passport Pledge were not funded by Kerrching despite it being intrinsically linked to our priority issue -learning for life. They asked for £5000 and Jodie asked the Youth Council for permission to look at the wider budget in order to fund the making and distribution of the passports for the passport pledge. Youth Councillors agreed to giving them the money as part of our priority issue if we had it.

The film would be about open democracy in terms of our campaign for votes at 16. Chris and Youth champions will be helping to make the film.The film has to be innovative and exciting and inspire people to take part in open democracy. The idea of a ‘monty python’ style film was pitched. E.g’ what have youth council ever done for us’.If you’re interested come on Thursday nights 6:00-8:30.

The Youth Council has been asked to edit some of the posters in order for them to be distributed in schools. The ‘verbal bullying’ poster caused issues regarding a certain word .The Youth Councillors decided whether they just wanted to change that word or not distribute that poster at all. This will be voted on via Facebook when Chris finds out what exactly needs changing.

Youth Councillors and Youth Council Champions working on the four discrimination films have requested youth councillors to be actors :