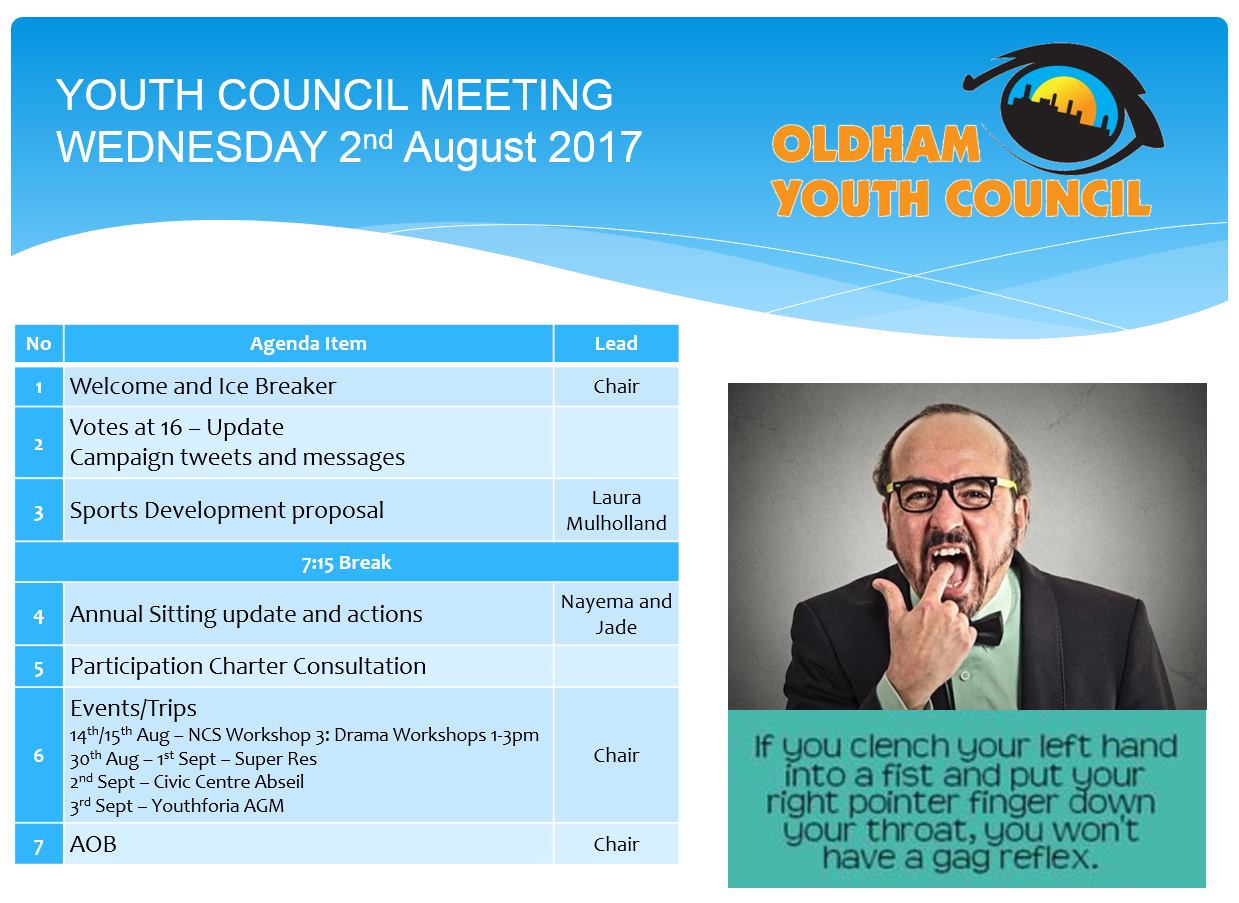 Amber started of the meeting with ‘Guess the Councillor’ activity.

Attendees of the second meeting for Votes at 16 Bill planning gave feedback to the Youth Council about the plans and discussions that have developed in said meeting. After listening to the feedback, the Youth Council was split into three groups to gather ideas for campaigning the Vote At 16 bill and how to execute them.

Laura Mulholland came into the meeting to talk to the Youth Council about a project idea and asked for some feedback. The specific feedback related to activities that should occur for the older children in the Oldham community, through a developing project called R.I.S.E. U.P. Dance, with the project working alongside the Arts Award. The aim of this project is to use different style of arts, one main style being dance, to express different issues that affect young people, examples being Cyber Safety, Substance Misuse, Mental health and building healthy relationships. After gaining feedback from the Youth Council, a questionnaire was then given out to gain overall feedback for the Sports Development Proposal.

Jade C. gave feedback to the Youth Council about what happened at the Youthforia

Dates for your diaries were given out to youth councillors.

Nathan R. explained about having a meeting with the Operations Manager of Young Healthy Minds about increasing the existing relationship with them and asked what the Youth Council what they wanted from this relationship