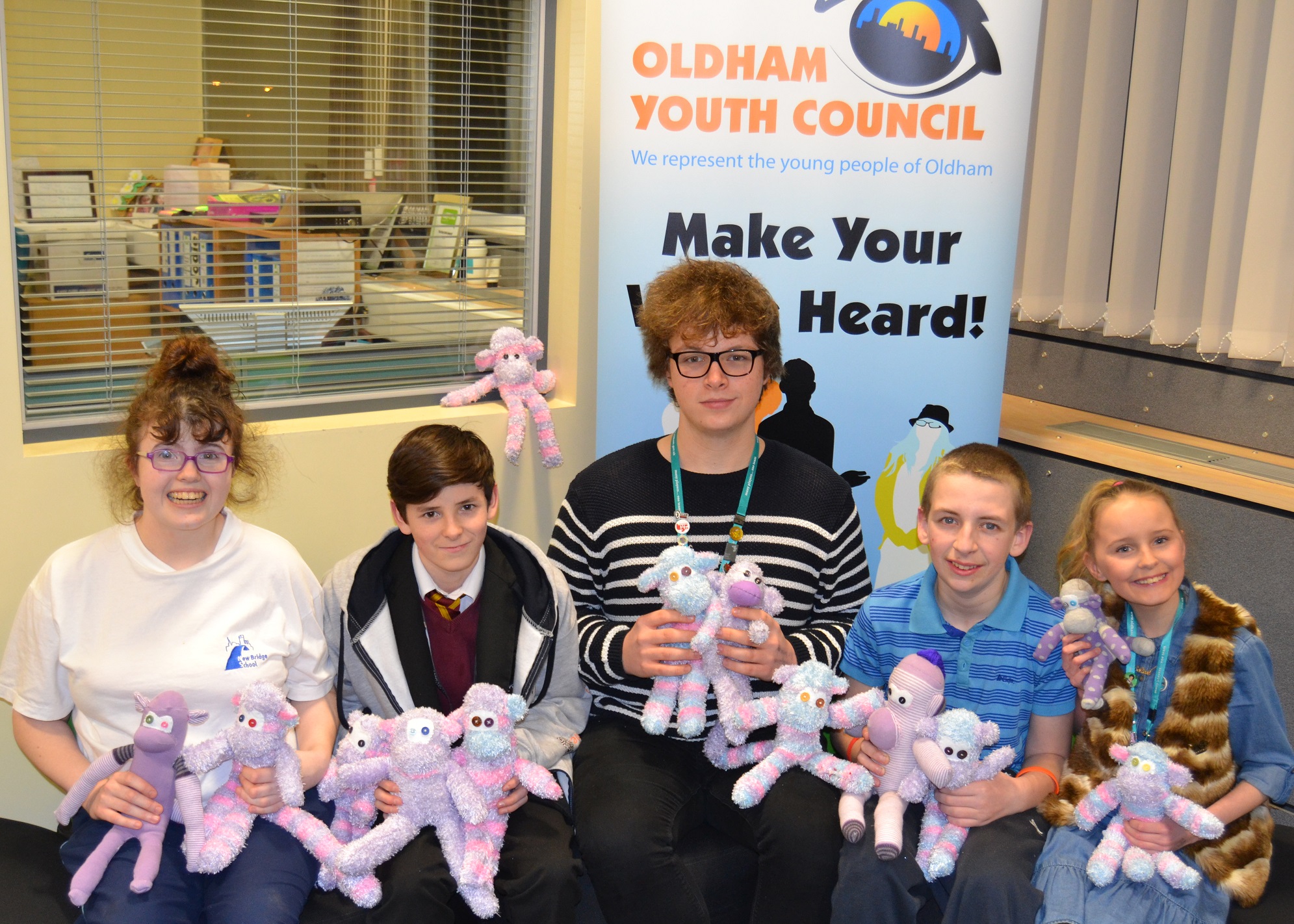 I Love Me was Oldham Youth Council’s priority campaign for 2012 – 14 term of office.  It has now carried forward which means it will continue to be one of our campaigns until 2016.  I love me is not a fluffy campaign that tackles surface issues to look good, it is a campaign that aims to look at the deeper issues and delve below the surface to explore and tackle the underlying causes of low self-esteem and confidence, lack of resilience and poor levels of mental health in Oldham’s young people.  In particular we have looked at bullying, negative stereotypes and unhealthy media imagery. To these we say

We are not being rude, this is our version of the phrase ’Purple Monkey Dishwasher’ and means a fact altered by miscommunication such like happens in a game of ‘whispers’.

Despite claims that the Purple Monkey Dishwasher phrase originated on “The Simpsons”, it actually existed long before it was used in the show. Its use in “The Simpsons” was accurate; Bart starts a rumour by whispering to one person who whispers it to another, etc. By the time the rumour reaches the front of the crowd, the phrase “Purple monkey dishwasher” has been added to the end due to people mishearing the original rumour as it passed from person to person.

Due to the popularity of “The Simpsons”, the phrase has also become a commonly used response to opinions stated based on hearsay and unconfirmed rumours.

For example if someone was to say “I heard from a friend of a friend that Jim really hates the new cinema idea!” we would reply “Purple monkey washing machine”

Our campaign is using it to represent this miscommunication portrayed by the media when it comes to body image. We are told by the experts to eat healthy, exercise, don’t smoke and don’t use drugs. The media take this information pass it down the line and what comes out on our TVs, films, magazines and internet is vastly distorted. If you are a woman you must be tall and ‘leggy’, be thin with a large chest, have perfect tanned skin, have perfectly styled hair and be sexually available. For men you have to be powerful and strong, have perfectly muscled physique, broad shoulders, V-shaped back, with a six pack.

Yes we need to be healthy, eat our 5 a day and exercise but we are all different. Not even David Beckham looks that good in his underwear – it’s all photoshopped. We want to raise young people’s self-esteem and confidence, not by helping you look like the fake imagery forced upon us but because of the difference you bring to the world.

We want to see more images of real people, un photo shopped, their bodies and faces real and not distorted by digital wizardry.

So today we ask the Council to put its support behind I Love Me and in particular Purple Monkey Washing Machine. When a young person does something worthy of recognition, it could be helping someone or helping their community or raising money, we want to give them a purple monkey, take their picture and celebrate the good work that they are doing by publishing it throughout social media. These young people then have to find another person who has helped their community and pass on the monkey, paying forward the self-esteem given by the person before. We are launching the monkeys through the schools but want all Councillors here today to sign up to take a monkey, find a young person in your ward worthy of recognition, present the monkey to them and have a photo taken with them. We will then show the world what Oldham’s young people are doing to help raise not only their own self-esteem but also that of others in the borough. We want everyone to see how young people in Oldham are making a positive contribution in their communities and ensure they are valued for this.

In these austere times we are seeing a reduction in services – young people have been particularly disadvantages with the removal of EMA, raising tuition fees, and with a national and local reduction in Youth Services. Yet despite this many young people are volunteering in their communities, are helping those in need, are adding value to communities by sharing their skills, knowledge and abilities and are prospering despite facing many challenges. These young people deserve to be celebrated, their stories shared so that others can be inspired to make a difference.

We propose that Oldham Council formally support the Purple Monkey Washing Machine initiative and agree to use real images of people on all their publicity, websites and other promotional materials and not distort the image of these people and to agree to support the ‘Pay it Forward’ purple monkey programme and begin the initiative in each ward they represent.