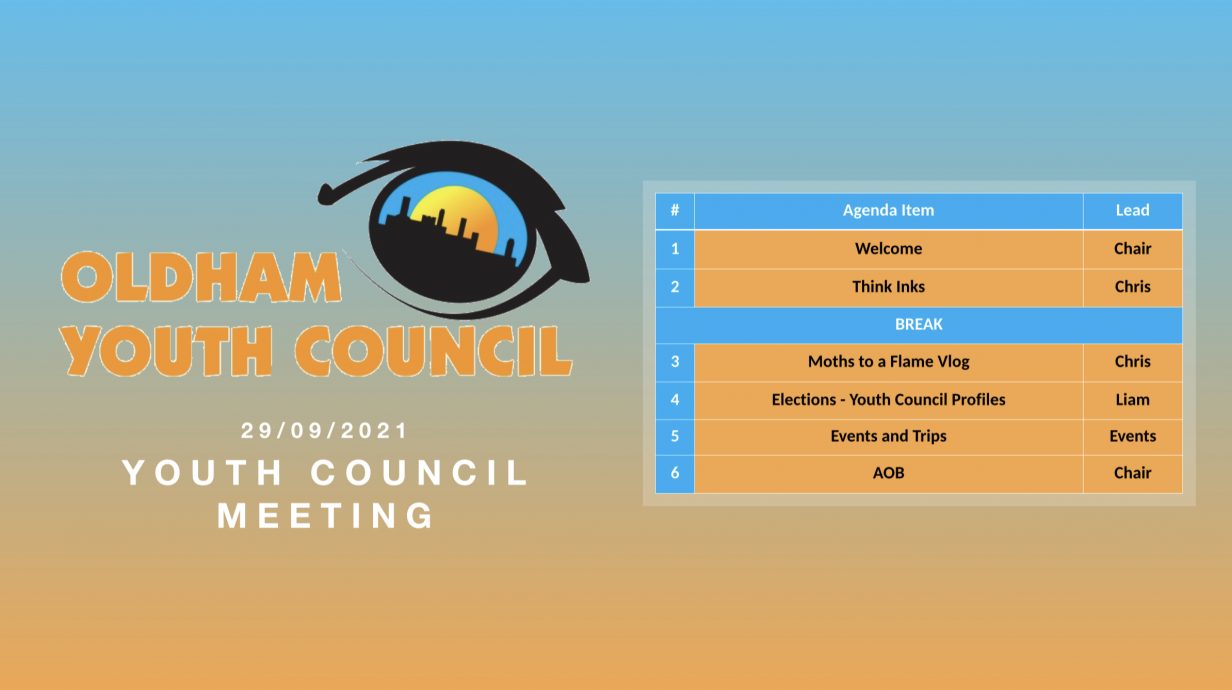 This meeting was held within a blended format, following the required measures to keep everyone safe.

Some members of Oldham Youth Council met with representatives of Think Inks during last priorities meeting. Think Inks is a company that aims to raise money through recycling printer cartridges, more about their work can be found at https://www.think-inks.uk. An overview of the meeting was fed back to the meeting, with an explanation of their work, and how we can work together with them to raise money for charities.

One of the main tasks was to create a page that would go onto the Think Inks website, and the Youth Council split into two groups to discuss what should go on this page, using existing pages from causes such as the NHS and Girl Guiding for inspiration. After deliberation, common items came up, such as; a ‘stampified’ logo, to fit around inks, information about who OYC

Oldham Youth Council is, and the work we do, the charities we are raising money for, and why Tia (our current Youth Mayor) has chosen these charities. The charities in question are the Youth Mayor charities for 2021/22, Yellow Umbrella (an OYC

Think Inks also wants to do some promotion, and had asked what the best time would be to go live on Twitter Spaces (live audio), and the consensus came to Tuesday at around 17:30!

MOTHS TO A FLAME VLOG

For the Youth Councillors who could not attend, a quick overview about what was talked about was given, and it was noted that the recording will be publicly available around the time of the COP26, meaning that Youth Councillors could watch the discussion if they were not able to originally.

Chris asked the Youth Councillors who were at the panel if any of them would like to be a part of a quick vlog that would accompany the panel discussion.

Youth Councillors attending the meeting were made aware of any events or trips that were coming up.