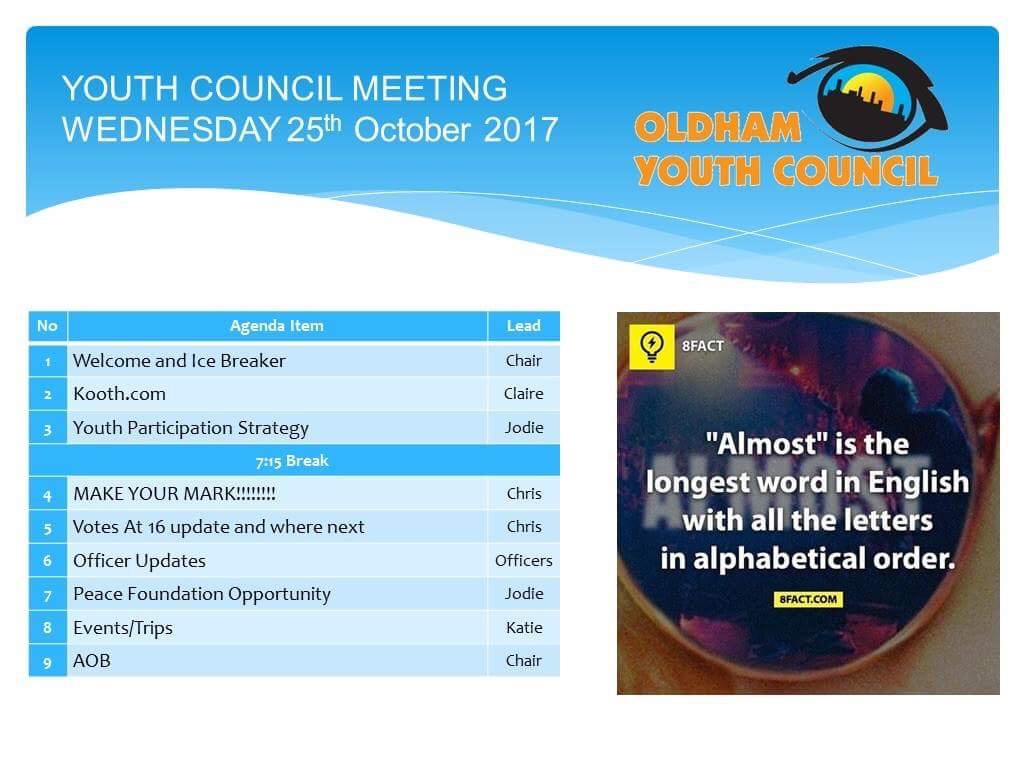 Claire came into the Youth Council to talk about the Oldham Youth Council commissioned Kooth.com , talking about extending the current contract for a further twelve months, leading the contract to finish at the 31st of March 2019. As the service has been increasingly used throughout the contract, the Kooth website has asked for an increase in the contract term. Decided by the majority, the contract has been extended to new end date which will be as of 01/04/2018.

Jodie talked to the Youth Council about what she wants in the Youth Strategy, such as direct quotes from young people in Oldham. A few years ago, the Active Involvement Charter was developed, and it was requested that along with this and a few other examples, and see what could be changed/added. A big group discussion was sparked, allowing youth councillors to give their feedback on the points in the Active Involvement Charter, which points were still applicable and which points need a changing in meaning/wording.

Chris gave feedback about the national results for Make Your Mark

A Nationwide campaign, run by UK Youth parliament, that gathers information on what is important to the youth of the United Kingdom.. Oldham came second in the turn out leaderboard, coming sixth in the number of ballots throughout the UK.

A brief update was given about the progress on the Votes at 16. Youth councillors were urged by Chris to spread the campaign, like and retweet the tweets on the campaign to increase its reachability.

Dates and Reminders for upcoming Youth Council trips were given out to youth councillors.