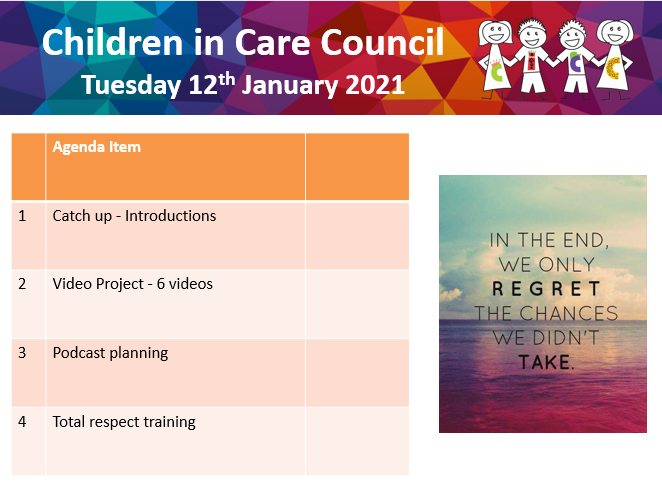 We started the meeting by having a catch up with the young people. Young people discussed what they had been up to and shared good news.

We touched base about the podcast and discussed with one of the young people to do some recording, this will be around a 1 year on reflection about the Poland trip & Holocaust memorial day. Young people discussed potential Councillors and Council officers they would like to interview. Young people decided they would like to include in the next podcast an update from corporate parenting panel, Listen to the earth impact and maybe an interview with a councillor.

We got through lots of things well done to the young people for getting involved and attending.