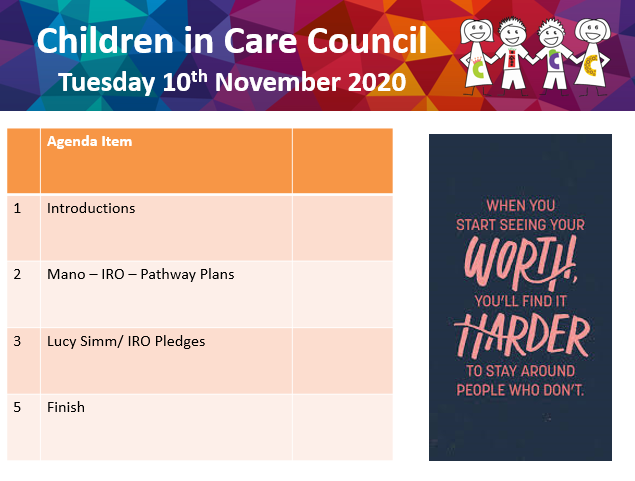 Young people began the meeting by introducing themselves as we had a new young person join.

Young people spoke to Mano who is a Pathways plan IRO. Mano introduced himself and spoke about what his job entails. Young people discussed pathway plans, what they are, what they mean and also what needs to change. Brilliant discussions around pathway plans and Mano kept asking young people their views and opinions. Mano said he would like to come to future meetings and young people agreed this would be good.

Lucy Simm who came in a few weeks ago has emailed to come in again. Young people discussed conversations with Lucy and agreed to have her come in to a later meeting.

Young people discussed the IRO pledges that have now been created for each IRO and agreed these look much better than before.

Reminder about our agenda for next week. Thank you to all who attended.