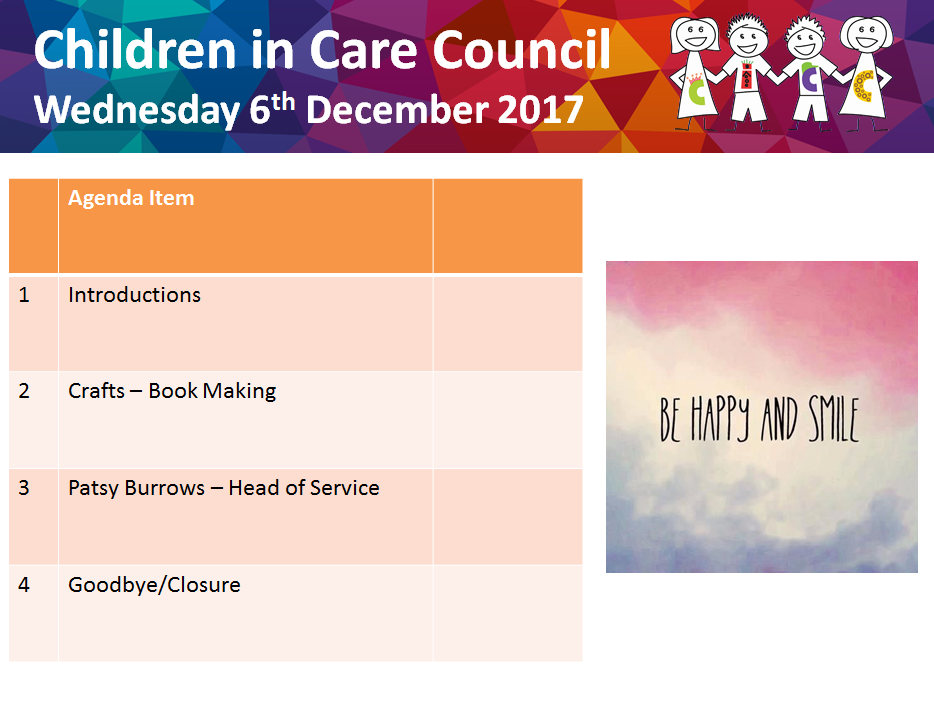 New members joined this week so it gave them the opportunity to be introduced to Patsy Burrows Head of Service for Looked after Children & Care Leavers..

YP decided they wanted to carry on doing their books from the previous week. They are currently making their own memory books which they work on every week.

Patsy has arranged to visit the CICC every 6 weeks to discuss in more detail the issues highlighted above.