Every Life Matters, or the ELM campaign as it became known,  was very close to the Youth Council as it came about due the tragic death of Chris Dale, the brother of YCllr Rebecca Dale.  Chris had been walking home and was knocked down and killed by a careless young driver on Lees Road.

This campaign had several aims:

1. Campaign for some sort of speed deterrent on Lees Road, where Chris was knocked down. With the help of MPs and the petitions that were signed, they fulfilled this aim and there are now two speed cameras on Lees Road.

2. Improve education given to young people during the years they are thinking about and beginning to learn to drive. Our message : driving is a great thing, but it comes with responsibilities, and the consequences of dangerous driving are immeasurable.

The Youth Council wanted to ensure that Chris Dale, and the many hundreds of people who have lost their lives on the roads, have not died completely in vain. Nobody should have to suffer this, as families who have lost loved ones on the road have.

The campaign produced posters targeted at young male drivers, seen as more likely to take risks with speed while driving. 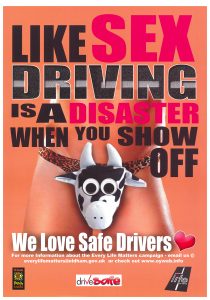 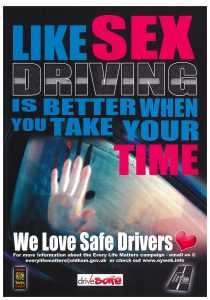 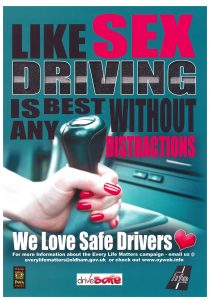 They also had a variety or merchandise including t-shirts 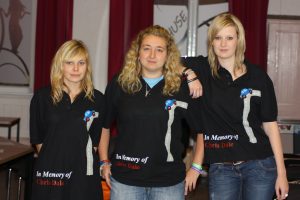 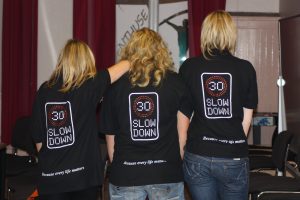 The youth council, in partnership with Oldham Theatre Workshop, also produce a play call ‘The Split Second’ that toured the schools of Oldham and even made it to the Edinburgh fringe festival.

To date the ELM campaign is the most successful campaign taken on by Oldham Youth Council and won awards but locally and Nationally.